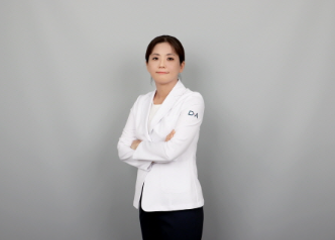 The main reason for plastic surgery is to become beautiful, and look natural is the most focused on a successful plastic surgery. Especially in plastic surgery, the eyes, nose are the most frequent areas, so if it is a little excessive, the surgery may not be satisfactory. Rhinoplasty should be operated carefully since the nose has been central in a face. However, if you get excessive surgery then it’s easier to get revision surgery due to unnatural looking face.​

Autologous cartilage can make the movement of nose tip soft since artificial implant is somewhat harder than autologous cartilage. You can even lift your nose tip after autologous rhinoplasty which means it creasts natural and smooth nose tip. Not only the shape of the nose but also the functional part must be examined to reduce the probability of side effects. If rhinitis due to deviated septum, sinusitis and congestion, one of these is founded, the surgical plan will be made differently according to the nose structure and shape of the nose. Since there can be functional problems, so you must make sure that the hospital has  otolaryngology department in advance.​ In addition, not only the nose bridge but also it has to be considered the nasolabial angle. Patients will get a improved nose shape including it’s functional problem through DA’s exclusive surgery through 1:1 customized design.

Dr. Seo Jae Won said that this surgery can minimize the possibility of various problems that may occur due to artificial cartilage, while the grafted autologous cartilage is maintained semi-permanently, and it is a surgery that allows you to feel satisfaction with more natural movements. In addition, it is a surgery considering the overall ratio of the nose bridge and the tip of the nose that fits the face. However, more important thing is to find a hospital that can get you safe surgery.​

LIST
2 different modes of InMode Lifting for skin elasticity and double chin [All you have to know] What are features of the method of double eyelid surgery...
Scroll to top